An adrenal gland is made of two main parts:

Each zone part of the adrenal cortex is responsible for producing specific hormones.

Mineralocorticoids: the most important of which is aldosterone.

The aldosterone hormone helps to maintain the body’s sodium and water levels. The balance of the body's salt and water is how the blood regulates its blood pressure.

Without aldosterone hormone, the kidney loses excessive amounts of salt and water, this leads to severe dehydration and low blood pressure.

The glucocorticoid hormone is involved in the response to illness and the hormone also helps to regulate body metabolism.

Cortisol stimulates glucose production enabling the body to free up the necessary ingredients from storage to make glucose.

Women also have DHEA and testosterone that the adrenal gland releases.

The adrenal androgens help in early development of the male sex organs in childhood, and female body hair during puberty.

The adrenal cortex and adrenal medulla are enveloped in an adipose capsule that forms a protective layer around an adrenal gland.

The adrenal medulla produces catecholamines: Catecholamines include adrenaline, noradrenaline and a small amount of dopamine.

Dopamine is also now as the body's feel good hormone.

These essential hormones are responsible for the stress response of the body's 'fight or flight' response. All adrenocortical hormones are steroid compounds made from cholesterol.

The adrenal glands secrete different hormones that triggers the release of other hormones.

These hormones travel in the bloodstream and enable the body to function correctly.

A number of diseases that can affect the adrenal glands, including tumors.

An adrenal gland tumor can be either benign or malignant.

There are adrenal gland disorders where your glands make too much or not enough hormones.

If your adrenal glands do not produce enough cortisol you can have Addison's disease. Whereas, if your body produces too much cortisol than you can develop Cushing's Syndrome.

The following is a list of adrenal gland diseases;

The pituitary controls the function of most other endocrine glands and is therefore sometimes called the, "Master Gland".

You may also find this information about the Pituitary Gland useful:

The pituitary gland has three lobes:

The major two lobes of the pituitary gland are the Anterior Lobe and Posterior Lobe.

Each lobe of the pituitary gland has its own functions: The Anterior Lobe is greatly involved in the development of the body, reproduction and sexual maturation. The hormones produced by the anterior lobe regulate growth and stimulate the adrenal glands, thyroid glands, ovaries, and testes. The anterior lobe also generates prolactin, which enables new mothers to produce milk.

The Intermediate Lobe of the pituitary gland releases a hormone which stimulates the Melanocytes. The Melanocytes are cells that control pigmentation through the production of melanin.

If you would like to learn more about the pituitary gland then the following web links may be a good resource;

If you would like to find out about shortcuts to living with a chronic illness then please read HypoGal Blog. 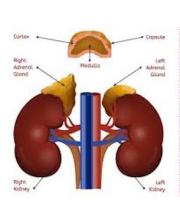 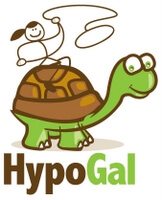